If I read items on my iPhone, they become read, but are still present as unread at the website. I assumed that any activity on the iPhone or iPad would apply at the website as well. Shouldn’t items that I read on my iPad not show as unread on the desktop? Any assistance with this would be appreciated.

They should. Are you using NewsBlur’s own client or a third party client?

I’ve got the same issue. Across Android, iOS and web. Syncing doesn’t seem to be working reliably.

Keep letting me know when this happens and post screenshots if you can! THis is likely related to some backend slowdowns we’ve been experiencing the past two weeks. I keep finding new causes, but it keeps creeping back.

Take this graph, for instance, of the past 24 hours. You can see I did some work 12 hours ago. So if this graph stays down, you shouldn’t have any of these issues. It’s clearly related, so I’m going to continue to figure out why this graph keeps ticking upwards. 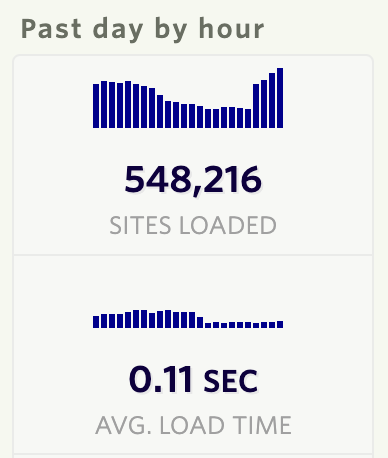 I use the NewsBlur app on iPhone/iPad and the website via the Chrome browser.

No further help on this issue??

Had some upload issues yesterday when I was going to report the ongoing issue. But it persist.

Captured all within seconds at around the same time. Desktop and iOS consistently come close to being in sync, however on Android, there’s always less items. 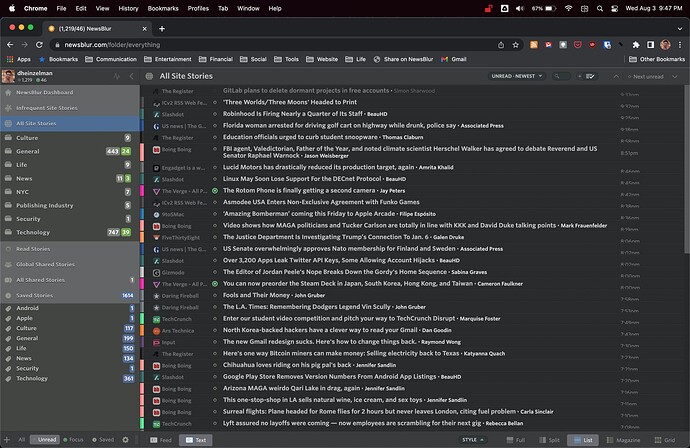 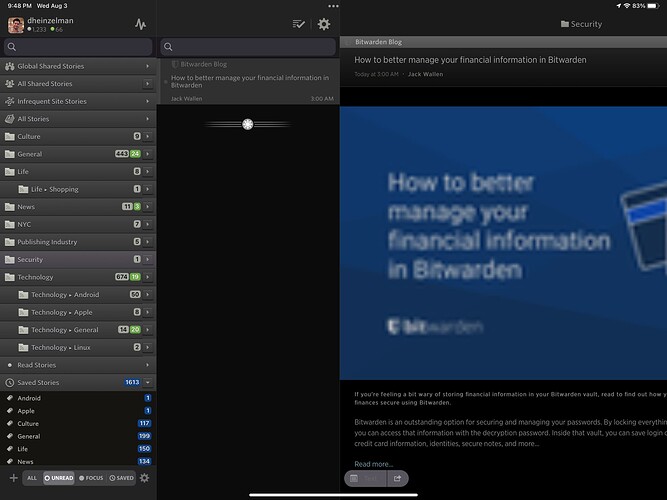 I realized one folder from my collection, “General”, on the Android version, is missing. And it happens to contain a number, according to my iPad at least, that would bring the Android unread count to the same as desktop and iPad.

Force stopped, cleared cache and storage data and uninstalled. I then reinstalled, it automatically had me logged in still and everything settings wise was still set (dark mode, font size etc)

I repeated the steps and did a full shut down and restart. No resolution.

Did you ever find a solution? I just started playing with the Android app and it felt off although I didn’t look into it yet.

That’s actually what got me to notice my subscription was messed up, it was “where are my articles”, then on desktop it was “okay, that’s right… Or is it?”

I’m going to poke at it more today, but if nothing else I’d try moving those feeds to a new group to see if that makes a difference. Maybe “General” is a magic keyword of some sort?

I think out of frustration I renamed folders, scrapped “General”. Maybe it was a combination of that with any backend fixes that might have occured, but I haven’t had any syncing issues now

As long as it worked in the end