I’ve noticed this for the last few days; figured it was intermittent downtime but it seems to be ongoing so I figured I’d go ahead and make a post.

Symptoms: Only a couple of feeds load at all. I haven’t investigated deeply, but browser dev tools show a ton of 404s. A random example:

Reproducible in Chrome, Firefox. Things seem to be working fine for my account in the Android client.

(Edit: And based on twitter, congratulations on your recent nuptials! I hope you’re presently off somewhere not reading this.)

Ok I got to the bottom of this. Turns out the image proxy server had its firewall closed up. Fixed now.

I’m still seeing pretty much the same behavior, I think, maybe minus some of the image 404s. Only a couple of feeds load, and incompletely. I probably won’t have the time or brain space for it for a couple of days, but I’ll try to do some real digging and submit a more complete error report.

Do feeds load on other platforms, like iOS/Android? Can you post a screenshot of it not loading? Is it possible you’re in some view like Full mode that doesn’t show a story until you hit ‘down’?

Is it possible you’re in some view like Full mode that doesn’t show a story until you hit ‘down’?

It’s possible I’ve triggered some app state that’s causing this behavior, but if so I have no idea what. It feels broken, and I can’t seem to get to anything that’ll display more than what’s here, or show the list of feeds. A handful of screenshots - not visible is the flashing of the blue bar under the story, whatever that’s called: 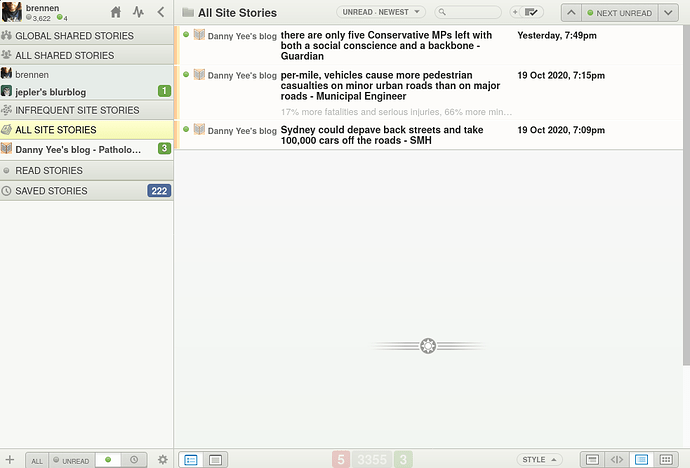 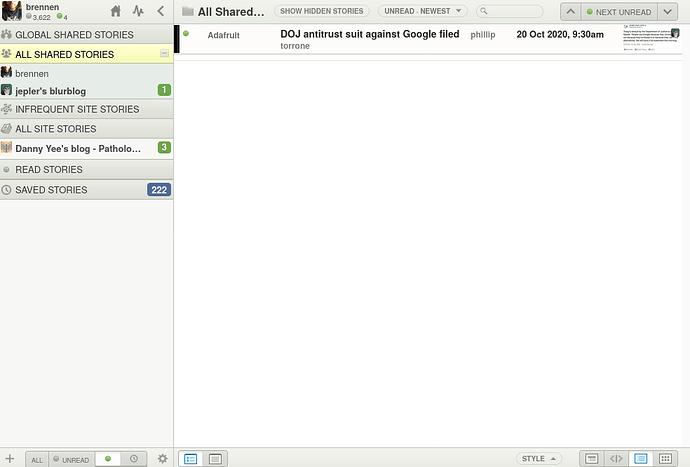 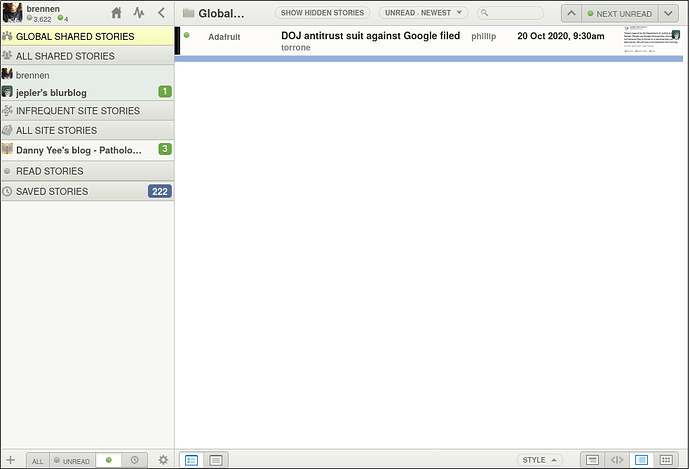 Had it in intelligence trainer (trained? I don’t know what to call this) mode; features I don’t really use to speak of. I think there was some sort of broken state there that was causing a ton of request thrash without any display updates except for that flickering loading bar, but it seems to have disappeared. Feels like there’s a bug somewhere here but I can no longer reproduce.

Thanks for following up! I should have noticed that you were on Focus mode. It’s a bit hard to tell and maybe we could do with a better message at the top of the feed list instead of a single segmented control at the bottom of the feed list.