iPhone app gives ghosted error message that fades fast, if I keep reading, anything after that point doesn’t get marked unread. until I back out and re-enter. 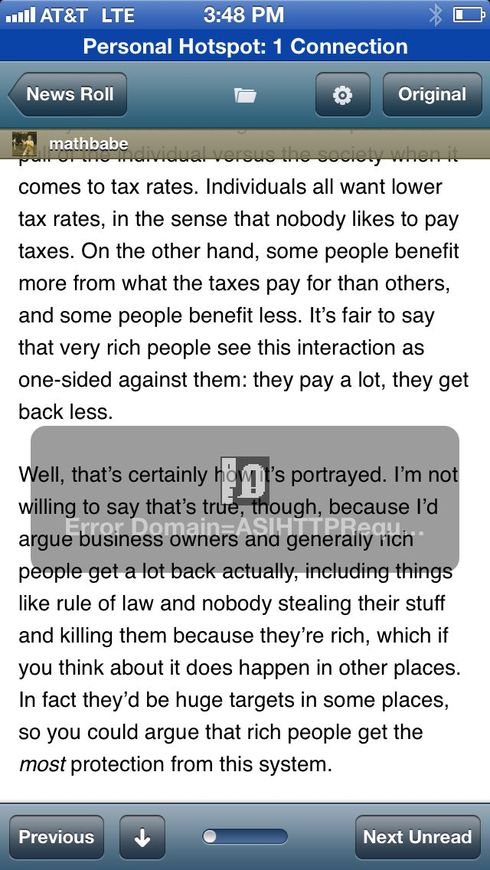 it’s hard to catch, this was the best I could get it to do it. Hit screenshot before it fades is hard to do.

it happens on wifi or on cellular, not sure what the pattern is, doesn’t do it on same site or anything

it appears after I hit the next unread button, after that, if I do a next again anything I’ve read past this doesn’t get marked as read on the server. If I back out to the main view and then re-enter the folder, it starts again where I last didn’t see that error and works. Sometimes it doesn’t reappear, other times it does.

Well, I fixed the error message so it’s actually informative. It failed to mark as read, for whatever reason. Why it stops working after that I don’t know. But at least it’ll now tell you why! By the way, this fix is going out in the next release, which will take a few weeks.

Just want to also note that I tested the case where connectivity drops, you get the error message a few times, and then it’s restored, and reading stories then works again correctly.