Has something changed related to fonts in the interface?

Has something changed related to fonts in the interface? They all look funky: they are smaller and squished together horizontally. This happens only with the fonts on the interface widgets, not in the stories. Admittedly I’m on Linux now, and fonts on Linux are always problematic, but they looked fine until today. Will check on Windows tomorrow.

Well, are you planning to leave them like this? Can we have them back like they were?..

I don’t see what the problem is. I cleaned up the font declarations. It should look better in both Windows and Linux. The sizes are now more consistent with the Mac look.

Well, they’re smaller. And the letters are squished together… I much prefered the previous look, the fonts were much more aerated and readable.

I mean, look at this one and compare to the screenshot above: 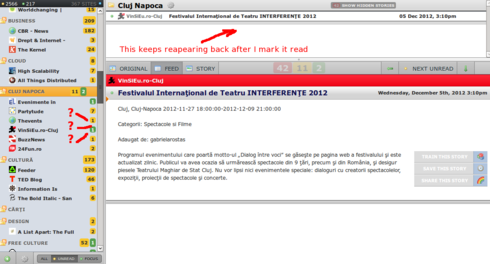 Here’s the change I made:

It’s probably moving from Helvetica to Helvetica Neue that’s getting you. I think it looks better though.

Glad I’m not going crazy. I thought things were *much* harder to read this morning, but I couldn’t tell for sure.

I know you added the ability to change font size in stories, but my feed list and story list are both somehow different and quite squint-inducing.

Comparison is attached. New (bad) is on top, old (good) is on bottom. Ignore the blue circles, they were there in the only good SS I could find of the old fonts. 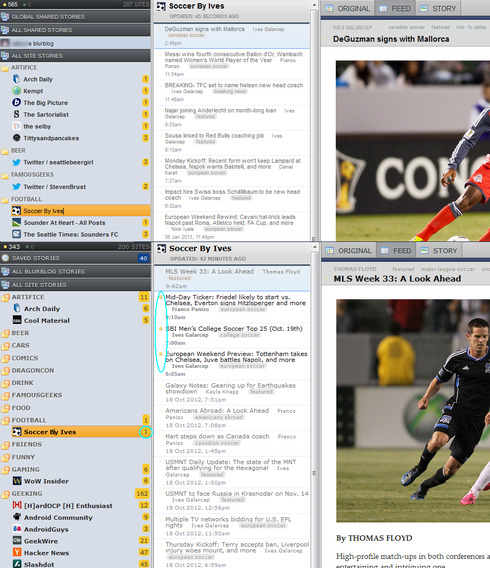 On my Windows machine, it looks… terrible: 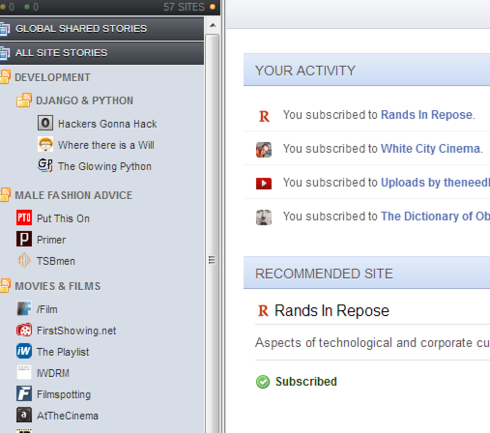 OK, I switched it back to Verdana. So you know, I tested this first and I think the new style looks better and matches the Mac look. Point is kind of moot anyhow since I’m working on a complete site redesign.

Redesign you say… are we going to get a taste?

I’ll have the dev site up for testing before I push it live, so you’ll be able to try it out beforehand.

Thank you. I was begining to think about futzing with fontconfig to replace Helvetica Neue with Helvetica. I’m glad I don’t have to do this anymore.

Thanks so much for the quick rollback. That new font was so bad I was getting tangible eyestrain yesterday that is much eased today.