In the web browser, the count should change and the article should be marked as read.

The article count doesn’t change, but the article list marks the item as read. If the folder is not selected then the count changes as expected.

Reproduced using Edge (modern/Chromium) on the desktop side.

(Not 100% sure if it is exclusive to the beta interface, but I’m using it more because I like it)

Just tested it (after making a ton of changes to how stories are loaded on beta) and it’s looking good. It’s possible it was temporary. Try reloading beta and ensure your other browser is also pointed at beta. The official iOS and Android apps allow you to use a custom domain, in which case it should be pointed to beta.newsblur.com.

Ok I looked more into it and found an edge case where unread counts wouldn’t reliably update. I just deployed the fix on beta.

I think I’m still seeing it. I was already on beta.newsblur.com so I refreshed, hopefully that is sufficient to re-load everything on my end?

I tried marking an item read via Reeder, and also via the iOS app when also switched to to the beta server (and then I force-quit and re-started the app to make sure).

I opened a particular feed that had 6 items available, read one on Reeder, observed it mark as Read on beta.newsblur.com while the count stayed at 6. I then clicked on an article and saw the count change to 5. Finally I read another from Reeder, the count remained at 5. 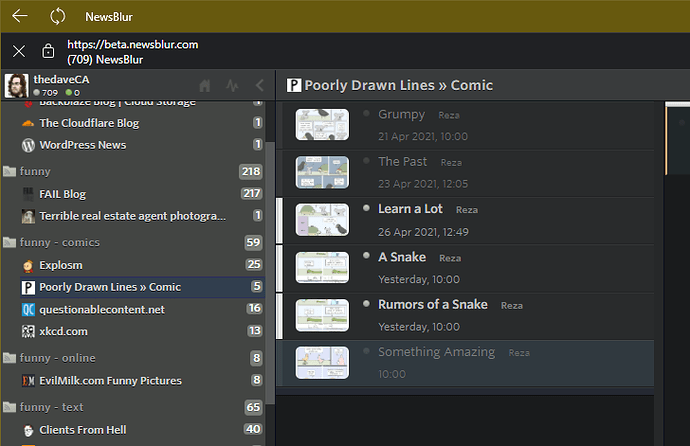 Do I need to do anything to make sure I’m on the latest update beyond a refresh?

One other thing, it only happens with a feed selected, not with a folder selected – If I select a folder the counts update the way I would expect.

Maybe this isn’t new, I normally work with entire folders, but for webcomics and a few other things I focus just on one particular feed.

Maybe something similar on the iOS client too? 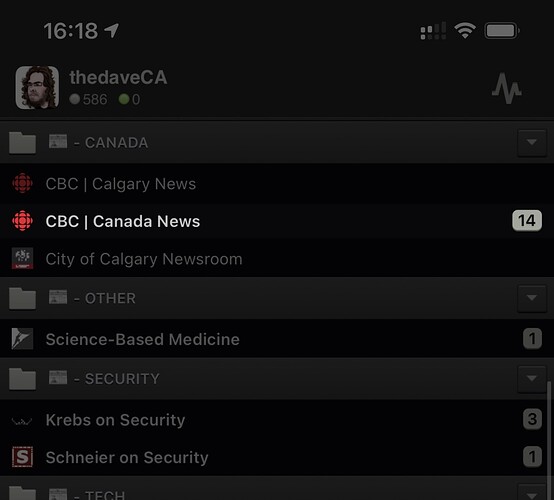