I am having a strange problem on iOS and Android (Sometimes on NewsBlur.com). The unread count will be far higher than the number of unread items I have. Then if I read everything, sometimes when I revisit the All Site Stories section I will suddenly have a collection of Unread stories from BBC News and Ars Technica. Once I mark them as read the Unread count is correct. This is strange for a few reasons.

An image demonstrating the incorrect unread count (Notice there are no unread stories under an of my folders). 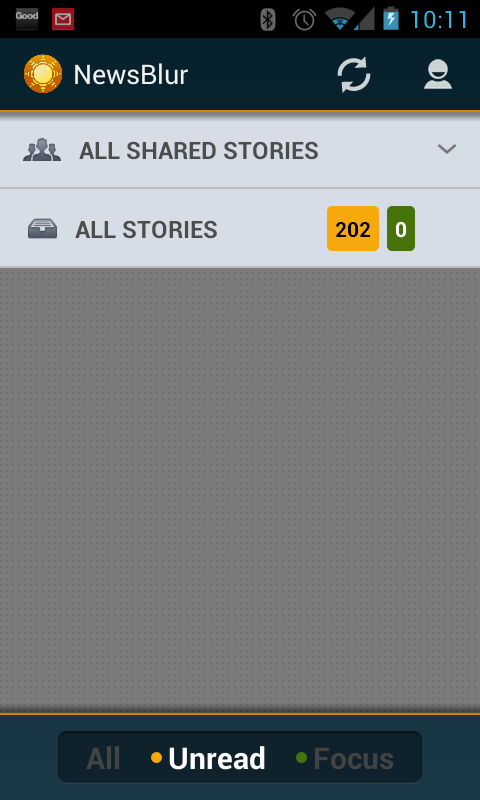 Oh, it’s on the Android app. Yeah, that thing is a piece of work. My recommendation is to switch to Blar if the official app is giving you guff. I have plans to overhaul it.

It is happening in the IOS App to. Want a screenshot of the IOS app doing it?

For what it is worth it does not happen on the site only in the native apps.

The iOS app is the same as the web. There should be no differences between the two, since they hit the same API endpoints. Make sure to pull to refresh on the iOS app.

Screenshots of the impossible 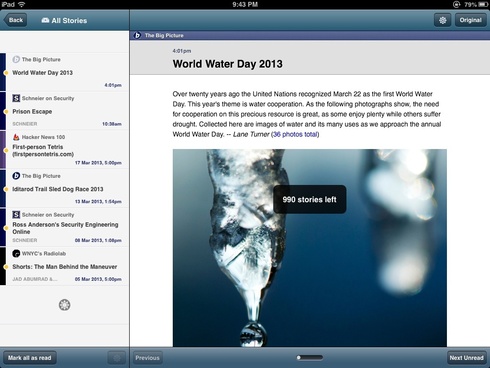 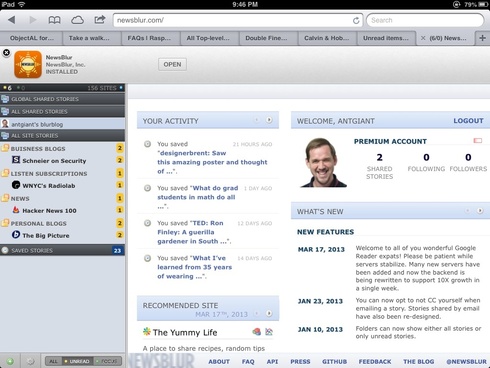 Sometimes if I get the web to 0 when I reload on IOS or Android I can actually see the “Phantom” stories. Then I can mark them as read.

To Add to the strangeness Blar shows the “Phantom” feeds and mixes their items into my normal “All Stories” view. Sadly Blar does not allow me to unsubscribe so I can’t use Blar to fix the problem.

I don’t know if it helps but Blar shows the “Phantom” feeds as not being in a folder. They are the only feeds not in a folder.

By making direct API calls I was able to move the “Phantom” feeds to a folder. Once I did that they showed up in the interface and were manageable with the normal methods. Blar now shows everything as correct. However, the official Android app shows an unread count of 134 even though the true count is 0. I’m guessing there is another phantom feed somewhere that I can’t find to move or delete.

The original 134 have timed out and the count is now correct across all devices.

Glad to hear it!