Trouble when a folder has two different feeds that refer to the same article, especially with the New York Times.

I’m having trouble with Newsblur when a folder has two different feeds that refer to the same article, especially with the New York Times.

For instance, in my “News” folder I subscribe to “NYT > Science” and “NYT > Technology” , which sometimes point to the same article (every week or so).

And it’s not just those two feeds. Not surprisingly, there’s a good bit of overlap between all four of “NYT > Home Page”, “NYT > Most E-mailed”, and the two above.

OK, I subscribed to 10 different NYTimes feeds and can’t find a dupe. When you notice this happening, let me know and I’ll use that to fix the bug.

There’s an essay by Jared Diamond that’s both in Science and Most E-Mailed that just crashed the iPhone app.

I found the story in Most Emailed but not in Science.

OK, I got a whole bunch this time, with screenshots.The first is of the Folder, which contains 12 different articles, but only 6 appear because they are duplicated. Then I show each of the individual feeds, so you can see were each of the twelve actually are. 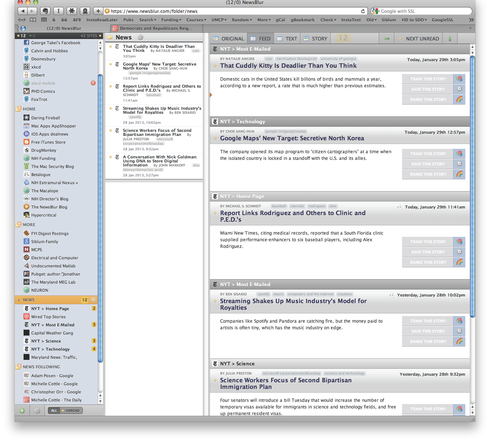 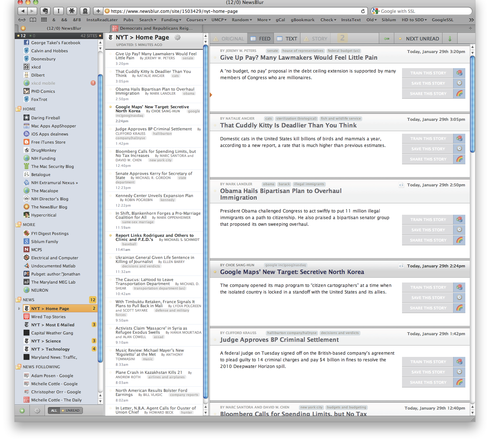 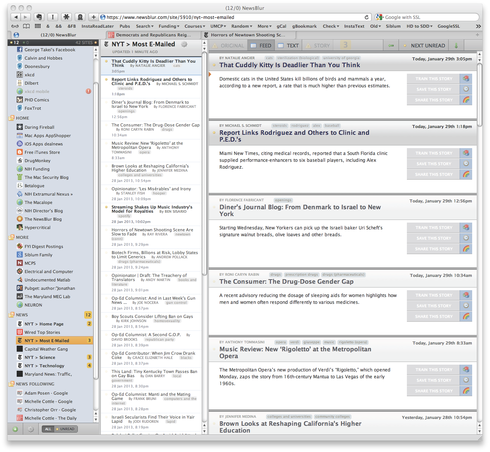 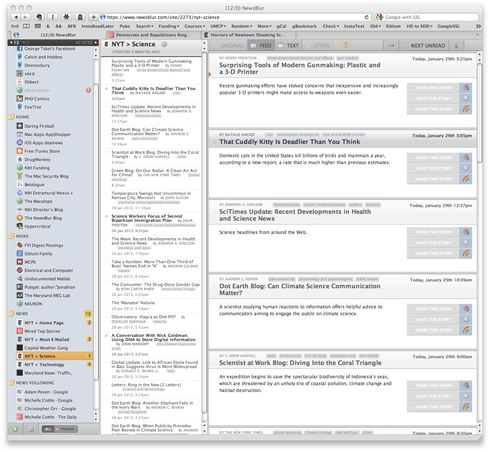 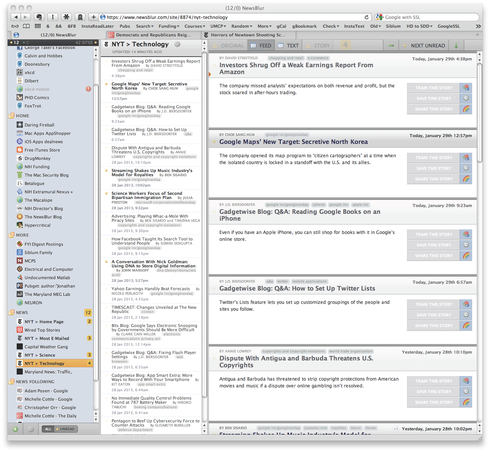 Samuel, were you able to reproduce the problem?

I fixed the bug in the iOS client, although it’ll be a while before I can get this new version out. As for the web, it should just compress the two identical stories into one.

Great, thank you. I look forward the new and improved (non-crashing) version.

I’ve definitely noticed some new behavior with NYTimes stories on NewsBlur, so I’ve been assuming you’ve been working on the web version also.

Just curious, is the issue specific to the NYTimes, or is is generic?

It’s generic. Any folder that has multiple stories with the same permalink from different feeds will have this issue. It’s a holdover from a time when I did it wrong, but it’s too entrenched now to fix without a significant cost. And because it effects so few people so rarely, it’s just not worth it to fix now.