Some feeds went from 200 stories to 60 stories

I often answer questions on StackOverflow on specific topics. Today morning I had one specific feed with ~60 messages, I’ve looked through it, and decided to answer some questions from few days back later. But one hour later, the same feed was cleared to have only data since yesterday, and all previous messages have gone. I’ve noticed the same behaviour for another feed, but not for all.

Why this may happen & how it could be prevented? Because for it’s a data loss.

Looks like you’re hitting feed limits. Right-click on a feed title and open Statistics. That will show you any messages about what upgrading might do. To preserve all stories in a feed, you’ll want to upgrade to the Premium Archive subscription.

There were no changes in the amount of articles - the graph for last 12 month shows ~200 articles/month, and I prune the list regularly. 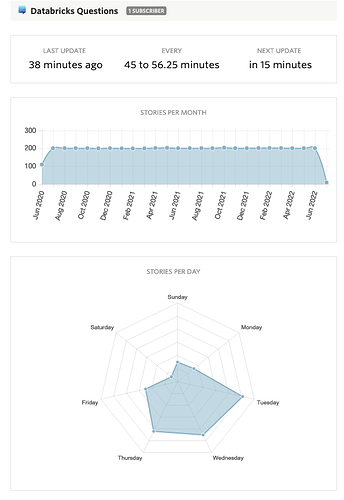 I don’t see any limits on number of articles per feed for Premium account mentioned on the pricing page. I don’t need Premium Archive subscription because I don’t need this information.

I simply suspect a bug in the some logic handling the feeds, because I have feeds with much more articles that weren’t pruned. Of course it could be a push to upgrade, never know…

And I see following parsing errors 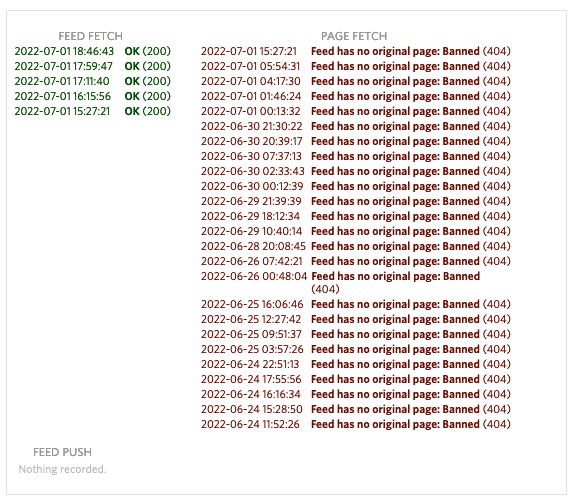 You should reload the page, you’re looking at an older Statistics dialog. The new one should show the number of stories in the feed (top right, next to other numbers).

I did Shift-reload, and still see no significant increase. In this feed I’ve never had more than 200 unread stories, when it was cleared yesterday, it had ~60 unreads… 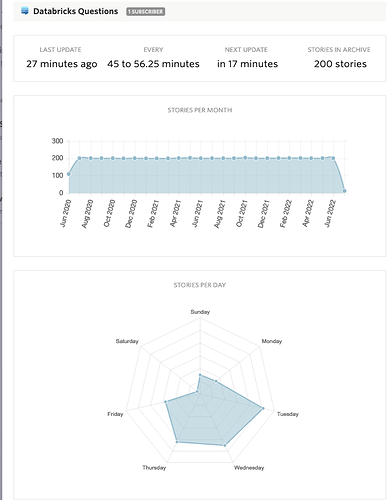 Also had same issue, feeds that had 60-200 articles reduced inexplicably to just 5-10.

Please include some newsblur.com/site urls of the feeds in question. I want to see what you’re seeing so I can correct it. Feeds should not have lost any stories as part of this new premium tier.

Ok, I just released a fix for a different thread but it concerned the number of stories visible, so I have a feeling it should fix this as well. Let me know if that’s not the case, and please include screenshots if you can so I understand better what you’re seeing.

I’m having the same issues. NewsBlur and NewsBlur.

The issues on the above-linked feeds remain. I see no page fetch errors. I went from 30 days of history to one.

I’m seeing the same(?) problem on some of my feeds, where the number of stories went from hundreds to virtually nothing, e.g. CSDb - Latest Releases 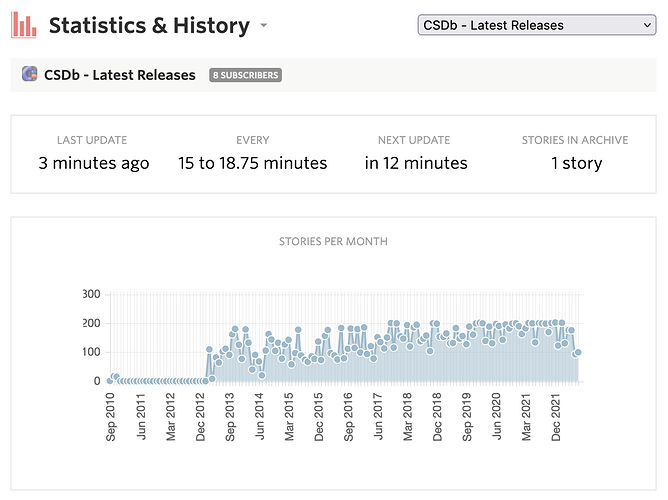 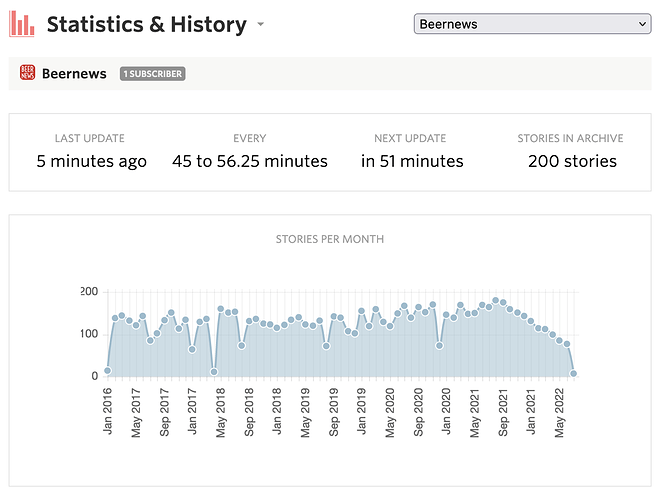 Beernews has 200 stories, what should it have? If you’re premium archive, that will now grow beyond the cutoff point.

I suspect the same is true of these other feeds. I’ve exposed how many stories are in the archive, but the statistics dialog shows the history of stories fetched. They aren’t all retained. If you want them saved, you’ll need to upgrade to the premium archive tier.

But I haven’t changed the story cutoff number when I launched premium archive. But I change it all the time to account for how much storage certain types of feeds take, so there’s no guarantee of hundreds of stories on a single subscriber feed that publishes less than once a day.

The Kotaku feed, at https://www.newsblur.com/site/5448736/kotaku, has nearly 5,000 stories. What are you seeing that you shouldn’t be seeing?

CSDb has 205 entries in the RSS feed right now, and when I posted earlier today it only had a single story in NewsBlur, “Fulgore turns 50”. Now it has a 100 stories though, which I guess is fine.

I’m watching it now. It should tick up. NewsBlur limits an RSS feed to 100 stories, but it will hold on to everything from here on out.

I interpreted the OP to be talking about unread counts, but reading back he never actually said that. Possible I actually have a different issue. But yeah, I had some 30 unread stories over the past month (out of roughly 400) that I was going to go back to, and they’re marked read now. Same goes for Polygon. I do understand that stories are automatically marked read at one month on my plan.