I recently upgraded my account to premium. Now the dashboard reports my number of sites as 73, while the sidebar says 68.

I downloaded my feeds as OPML, and that also shows 68 feeds. So I guess the dashboard is wrong, or I have some ghost feeds hiding somewhere? 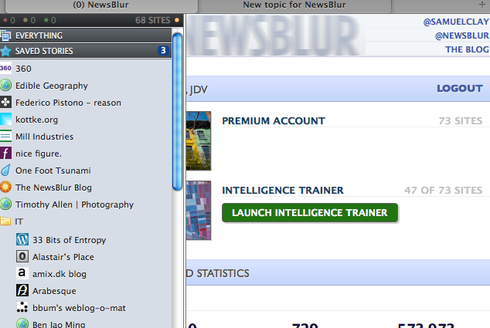 As an odd coincidence, I just wrote the code to expose those ghost feeds on Monday. I can run it on any account, and I was planning on running it on every account. The real problem is that somehow these feeds get de-duped and then incorrectly rewritten in your folder list.

I went ahead and fixed it for you, but if anybody else wants their ghost feeds, I’d be happy to just go ahead and run it globally.