it happens constantly on my feed, reloading or waiting doesn’t fix it. I don’t know how to reproduce it. Perhaps steal all of the entries from a couple of my folders? My “photog” folder has claimed one entry all day, “tv” currently claims one that isn’t there.

I’ve been keeping an eye on my feeds to see if there’s any truth to the YouTube hypothesis. I would say it happens to me about twice a week. I have one now

I have this issue on at least one folder once a day, no youtube feeds though. 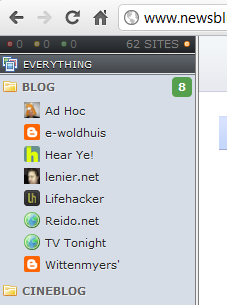 Never bothered me enough to mention it until I saw someone already had!

Woah, hold up. Are these numbers *only* on the folders themselves? If so, I know exactly what is causing it and can fix it in a little bit.

From what I can tell, it’s also showing up ghosted in the API, as BLUR for Android shows the ghost counts too.

Just deployed a fix for the ghosting of counts on folders. Still haven’t figured out how to reliably reproduce ghosting on feeds.

I’ve got some in my Gaming folder (account: Laptop765) if you’re able to look at it.

I get them on both feeds and folders.

Possible correlation! I always have the intelligence trainer turned all the way off to red. I misclicked on the trainer slider and moved it to the green setting, and my ghost items mysteriously vanished! I have reproduced this both on the desktop and in the iPhone app.

Just weighing in here as well, I’ve got a ghost on a feed right now - Sh*t My Pets Ruined. I also had the same issue with a youtube feed (which I’ve since unsubscribed from)

I’ve got five ghosts on three different feeds right now. Apartment Therapy has one, CNN and Atlantic Wire have two each.

Refreshing does not correct the count, nor does insta-fetch. I can mark all as read, but within a day or two, the ghosts are back.

I use NewsBlur on Chrome on my windows machine at work and my mac at home. Switching between the two does not affect the count.

I’m not sure if this helps, but I only encounter this issue on one feed: Al-Jazeera English. I’ve never had this problem with any other feed. Could it be related to how certain sites write their feeds?

What’s your username? I’ll take a look in a bit.

Eureka! Haven’t solved it yet, but I figured out that the problem is related to how read story dates are recorded.

If you read a story, it’s story_date gets saved, but then if the story date changes (which happens often enough), and the dates are on the wrong side of the mark_feed_read date, then the story will be marked as unread, but it will be shown as read.

I’m going to mull it over today, but I am leaning towards the easier solution, if only because it’s a better solution overall as well. But consider this nearly fixed.

I’m happy you figured out how it happens.

Hmmm. Since you took a look at my feeds, my CNN feed is marking everything as read before I even see it.

There was an odd story in the CNN feed from the year 4700. Not sure how that got there, but I removed the story. The feed should now update correctly. Let me know if it does.